08 Mar 2021
TRAVEL YOU WILL SEE COVIDS NOT EVERYWHERE Only In The Countries They Need To BEND!!
Learn Something New Today · 361 Views 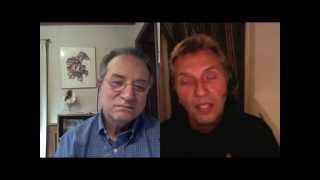 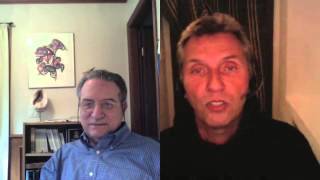 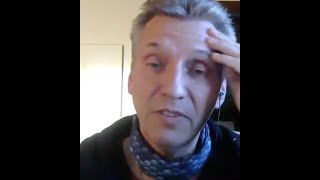 Here's the quick Sarcastic summary of tht NOT so Great RESET ---> ⁣https://youtu.be/eirm9mapQyY

This video has been uploaded several times to BNT. It was produced Dec 31, 2020 but in my opinion it is the BEST explaination of what is going on with this scam-demic and it explains what is going to happen in the coming New World Order. This video explains how “Technocracy” is idealogy and framework that Global Elites are using to implement the New World Order. There is a LOT of information packed into this video and I have provided a snopsis (below) that you can read as you listen. - Rogersings

Here’s a good article about Technocracy along with this video in case it gets removed from YouTube —> https://www.technocracy.news/c....atherine-austin-fitt

Technocracy is a system of governance in which a decision-maker or makers are elected by the population or appointed on the basis of their expertise in a given area of responsibility, particularly with regard to scientific or technical knowledge. The tenants of Technocracy is that the “best” life and outcome for EVERYONE and EVERYTHING is by a TOTAL top down central control of every resource, thing and person on planet earth (and in the Space around earth) down to the molecular level. Essentially Technocracy views a person as a “human resource” that needs to be “managed”, like cattle, for the good of the planet earth … accordioning to the “Science” that is decreed by a small group of Global Elite.

The State of our Currencies” Catherine Fitts —> http://www.stankovuniversallaw.....com/wp-content/uplo

Central Bankers have determined we need a new currency system, so they are trying to extend the Reserve Dollar system and bring in a new Digital Exchange System. It’s a system no one wants so they have manufactured a Health Care Crisis, an invisible enemy … the virus … to scare people so they seek the Government to protect them from the invisible enemy.

The other tactic to control people is divide and conquer, use the Main Stream Media to pit people against each other so laws and Government must be implemented to manage their lives.

The invisible virus allows you to implement control mechanisms, like lockdowns, limiting gatherings and social distancing so they don’t talk to one another. Also there is testing and contact tracing to control their movements and surveillance.

This is not really about a virus Pathogen and protecting people’s health but this is about about getting people to buy into a new Digital Money CONTROL system, where your behavior will be monitored through a Trans-Human digitally connection to the Internet and your money can be shut off if you don’t behave. Essentially, the Government will give people INJECTIONS into their body which will act like an Operating System in my body so my behavior can be monitored by my body metrics, which feed up into the Cloud CONTROL system.

The Lockdown Measures are to centralize economic and political control. Shutdown main street and build up Big Corporations on Wall Street.

Central Banks saw they needed to shut down Populist candidates like Sanders and Trump so they set out to destroy the independent income of these supporters … put main street out of business.

This is an economic war! Billionaires are getting richer, Globalist Technocrats are taking the wealth of the nation. It’s a Technological race and the countries with the most advanced Technology are consolidating wealth and power to the top %1 of the Globalist Elite.

COVID 19 is the means to institute controls in order to convert the planet from a Democracy to a Technocracy. Instead of telling people you stole all their money and you need to change the system, you blame everything on the “magic” virus! The Magic Virus is the reason there is no money in Social Security or the Treasury and people believe it.

The way you connect people to a CONTROL system is through Transhumanism, you inject materials into your body to create an “operating system” that is connected to the Cloud … this is similar to the Mark of the Beast … a BIO-ID MARK to Buy and Sell. This is similar to the social credit system in China. You have 24/7 surveillance in your body and if you don’t obey the rules they will shut off your access to money and who knows what else it can do.

This is the Technocrat BORG Slave CONTROL system. Mr Global wants to implement a human control system and those who want FREEDOM are his enemies!

⁣The 5 Pillars of the Technocratic System (Trust the Science):

1 – Big Tech – Manage the JEDI Cloud Telecommunications and ⁣Satellites in Space
2 – Military/Government – Put ⁣Satellites in Space, Oversee OPERATION WARP SPEED delivery of Injections and compliance with the BIO-ID
3 – Big Pharma – Make the injections with mystery ingredients that can modify your DNA and connect you to the Cloud
4 – Main Scream Media – Spew propaganda on how trust the “Science and Technology” is what is best for you
5 – Central Banks – Make and manage the Crypto Currency system

The job of the MSM is to try and cover up these 5 areas of control so you don’t see how they are connected and converging for a NWO Nefarious purpose. They know people have guns and they don’t want them to protest until it’s too late and the TRAP is thrown.

The TRAP has not been thrown yet and the key to ruining this plan is to EXPOSURE of it, transparency, FREE SPEECH! Many people are WAKING up to the plan that Bill Gates is trying to download an Operating System into your body.

The person heading up OWS is an expert in injectable brain/machine interface.

Recently the DoD entered into the Amazon JEDI Cloud contract, which puts the CIA/Government in bed with Amazon for their data processing needs.

Technology gives you the ability to institute a complete control system of money by the Central Banks, making sure the collateral for the loan doesn’t disappear by fraud of the payee. Slavery is the number one money maker in the world, so this is just the Technocratic way to do it, make everyone a slave to the Elite. Technology makes it easier for a Elite group of people to control all the resources.

Mr Global Elite has always wanted a better world for them with less troublesome people on the planet and Technology is the way they can do it. Mr Global is afraid of the general population and he doesn’t want to expose his real motive or else the 325 million people with guns will take him out.

– The 2nd amendment is critical to FREEDOM and that is why the Democrats will try to take them away and make people wear face diapers!

Trump is not really a populist president because he is on board for the pro-Centralization Technocrate system but he doesn’t like the current Government leadership!.

Voting fraud is the way candidates are “selected” but this time the cheating is off the charts and done in our face … so we have a Fake virus, Fake President … and politics is a CULT like following.

We have been in Bizarre world since the Federal Reserve system but now you have to choose to believe a Political CULT or believe the TRUTH and the middle of the road is goins away.

The Antifa Race Riots were done in the 34 of the 37 cities where the Federal Reserve branches are at! The idea was to make an Opportunity Zone, to destroy the area, cheapen the prices and then the Big Corporations buy up the property at cheap prices to build up the SMART GRID for the Crypto system … It’s called Disaster Capitalism.

Mr Global controls the Central Banks (she doesn’t say who MY Global is but a little research will give you the name Rothschild and their connections). Mr Global’s question is who can run the planet better and cheaper – a robot – or a trans-human – both are connected to the AI control system.

Humans are sovereign individuals who FREEDOM is by divine authority of God, these are what the Bill of Rights, the Constitution and Declaration of Independence Declare! But in the vision of Technocracy, people are just a resource of labor, like live stock, not even of the same species as Mr Global.

Mr Global uses his money and Technology to define himself as superior with the right to CONTROL others. The planet is run by force, Mr Global is composed of leaders who compete in Technocracy, especially the Space Race and who control the Sea Lanes of trade. Traditionally, control of the Reserve currency was by who controlled the sea lanes but now it’s more about the Satellite lanes.

Trump is competing in the Technological Space Race with China to see who will control the planet.

The Chinese already tie their financial system to social behavior, a slavery system of survillence. Technocracy will move America to this system, and in this system you will have to complete your tasks to be allowed to roam or fly and your living standard.

The Globalist Elite can see everything you do but you can’t see who they are!

Unfortunately, we are building our own slavery system with Big Tech and Big Pharma system. Bring transparency to this slavery and STOP funding this centralized take over.

Watch David Knight “WILL THE DONKEY & ELEPHANT DIVIDE US FROM THOSE THE LAMB DIED FOR?” —> https://www.bitchute.com/video/FNEhopsLMnY/

Take no part in the worthless deeds of evil and darkness; instead, expose them - Ephesian 5:11

For all have sinned and fall short of the glory of God, - Romans 3:23

For God so loved the world, that he gave his only begotten Son, that whosoever believeth in him should not perish, but have everlasting life. - John 3:16

Romans 10:8 But what does it say? “The word is near you, in your mouth and in your heart” (that is, the word of faith which we preach): 9 that if you confess with your mouth the Lord Jesus and believe in your heart that God has raised Him from the dead, you will be saved. 10 For with the heart one believes unto righteousness, and with the mouth confession is made unto salvation. 11For the Scripture says, “Whoever believes on Him will not be put to shame.” 12 For there is no distinction between Jew and Greek, for the same Lord over all is rich to all who call upon Him. 13 For “whoever calls on the name of the Lord shall be saved.”

For God has not given us a spirit of fear, but of power and of love and of a sound mind.- 2 Timothy 1:7

its almost as if mr global can live for hundreds of years, either that or he is very short sighted and he seems to have disproved that.

makes a great deal more sense than a deadly invisible flying protein that gives you a runny nose and then makes a motorbike kill you.

08 Mar 2021
TRAVEL YOU WILL SEE COVIDS NOT EVERYWHERE Only In The Countries They Need To BEND!!
Learn Something New Today · 361 Views