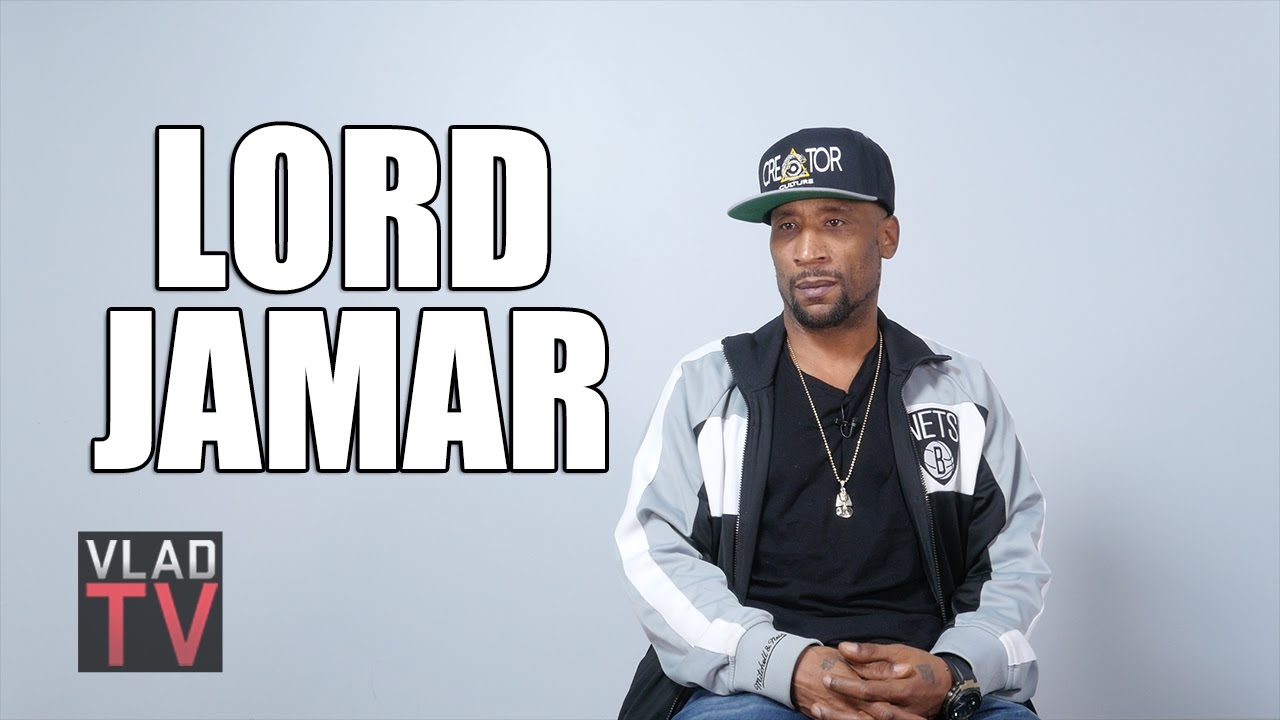 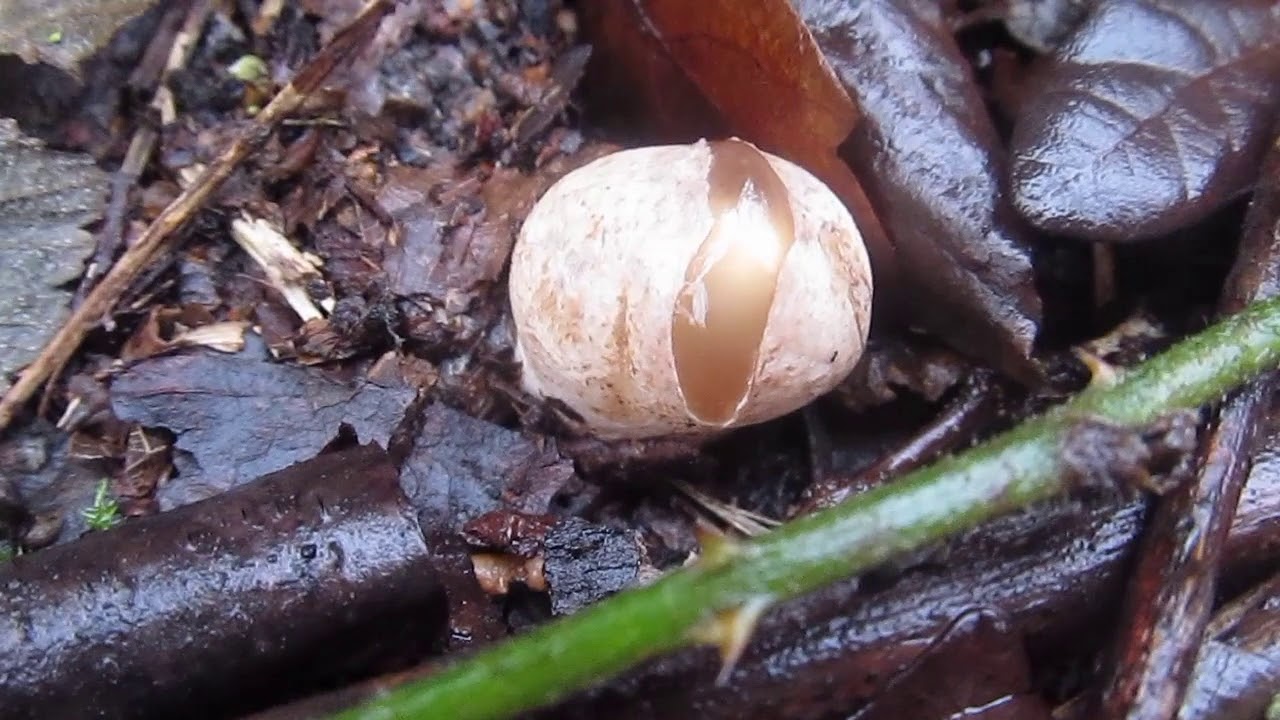 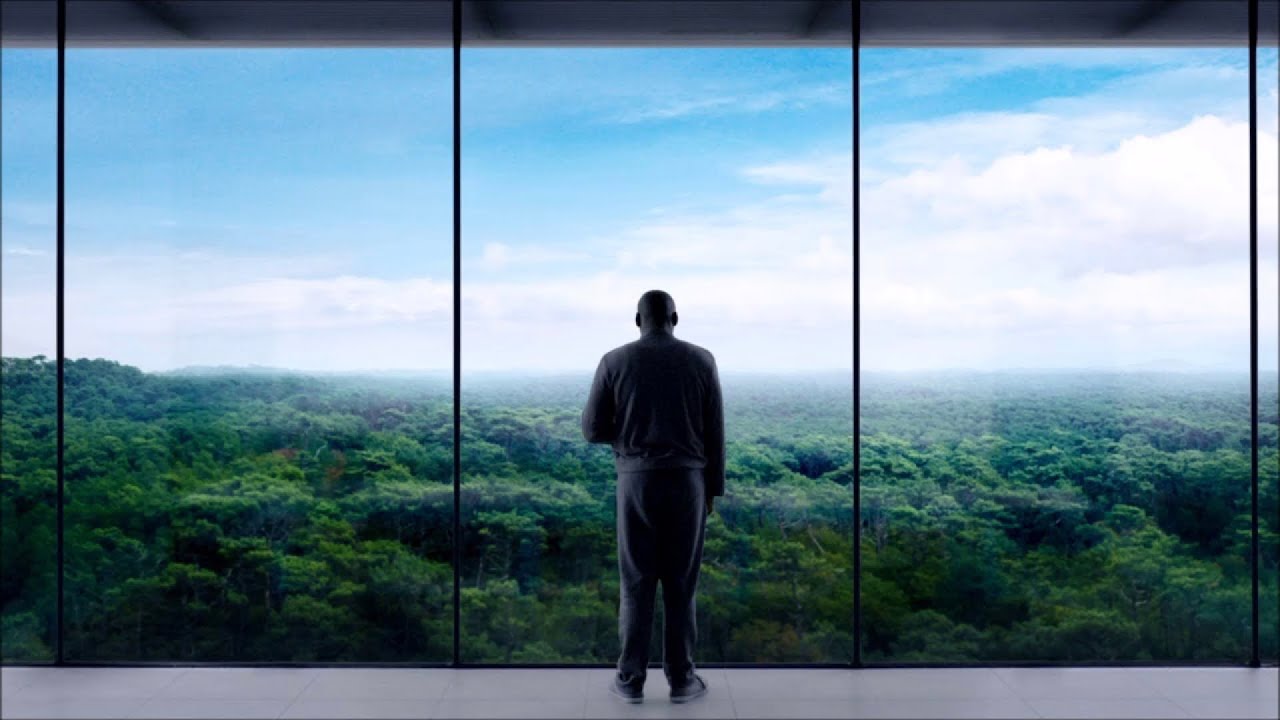 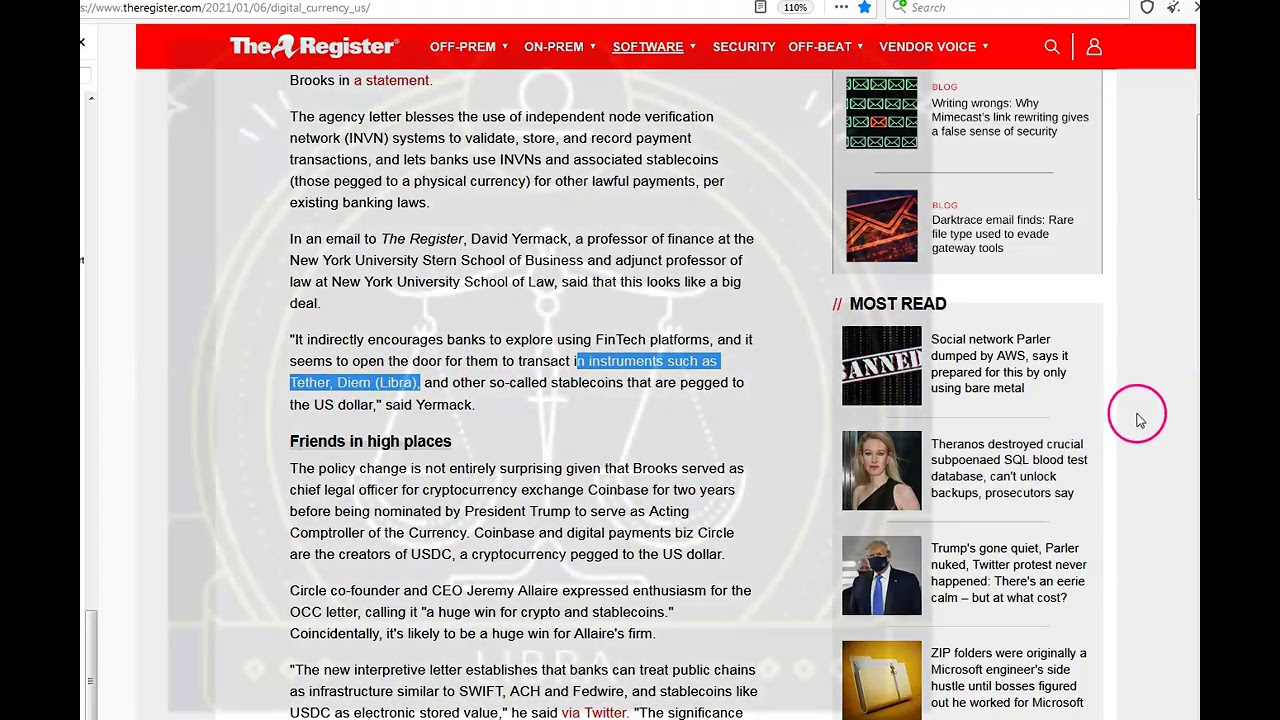 she moves like a robot, nothing but evil Demons

My name is Mark Alan King ......I am King David Reborn.....the cia, fbi, nsa, dhs and usa governments and world governments are suppressing the fact that I with GOD YHWH have returned in the flesh and the entire nation of YASHARAHLA is being held in captivity....YHWH GOD WILLING...soon this information will be made public worldwide and I with GOD YHWH and the elect of will have the financial resources to bring tremendous positive change and balance to this world.

*GOD YHWH said via gematria post that * The owners of gematrix website wrote a custom script to hide my name
"Mark Alan King" from many search results....this is why.....when translated Hebrew/Greek my name carries the vibration of....bless, righteous, come, mercy, remember, king, great, receive, covenant, gate, command, cleave, serve, servant, son, redeem, reign, believe, build, saints, heart, God, pure.....this is why Lucifer aka cia agent joseph abdullah tried to steal my actual identity the devil wanted my name and soul....he even married my ex..... that is how bad he wanted to be me....cia agent joseph abdullah and audrey rebecca bashaw broke into my home and stole many items and poisoned my food and water.....latonya page another cia agent was paid to poison and gang stalk me along with cia agent james shepherd aka steven james dishon .....when the complete stories are made public the world will be in total shock..... check this out......

⁣JUSTINIAN-DECEPTION: (HIDDEN-FOREIGN-TEXT-KNOWN-AS-DOG-LATIN) The Mother of all Deceptions: The Concept of Modern Day Slavery:By: Romley Stewart.The Concept of Modern Day Slavery:
This Article is not legal advice in any way, it is a story in relation to research and findings that have been uncovered in relation to such research directed at the grammatical appearance and the grammatical standing of Government, (Or what could be foreign de-facto governments) Court and Banking Contracts and Charges. This article hopefully may alert some of you to the dangers of entering into contracts when you are not aware of the importance of the grammatical appearance of the languages employed within such contracting paper instruments. Is the “legal title” you hold “really” saying what you assumed it to say?
An Account of “Grammatical Crimes” of Corporate Governance, courts and enforcement agencies by the use of DOG-LATIN: a “debased” criminal immoral foreign written language that renders all such DOG-LATIN documents, tendered by such corporate private governments, as “counterfeit”. DOG-LATIN is unhyphenated all uppercase Latin symbolic text that follows the grammatical rules of English and not the grammatical rules of Latin. It is the language of the Illiterate, (Blacks Law Dictionary 4th Edition) it looks just like English, “IT LOOKS JUST LIKE THIS” but grammatically, it is the deception right under your nose… It is the poison in the text, it is the corruption in the contract. If you hold any part of this debased criminal all uppercase text of the dead corporations, such as your Driver License, you are claiming membership to the Underworld, criminal counterfeit, corrupt, corporate world of the Dead Corporations. You become a criminal.


⁣Justinian and the DOG-LATIN deception.
A The: SECRET-FOREIGN-SIGN language hidden in plain sight. “DOG-LATIN”: The poison in the text: It is a poisonous gloss that corrupts the essence of the text.

REPORT THIS AD
This story is about simple English text and a hidden text that has been usurped into the English text without you ever being aware of such a deception, causing such a corruption in the text to take on a different meaning than what you ever assumed. This story explains how a foreign alien text appears in contracts, court orders, your Driver License, passports etc., without you ever being aware that such a foreign text existed. This trick played upon the unsuspecting public is administered by the true dogs of the underworld in order to render you as a trustee of a foreign corporate banking entity that is alien and foreign to your true sovereignty. The lawyers, judges, and the Courts and their military Police are the administrators of this hidden secret deception played upon the masses in order to maintain control of such Slaves. Welcome to the JUSTINIAN-DECEPTION.
THIS ALL UPPERCASE TEXT WITHOUT HYPHENS BETWEEN THE SIGNS (Words) IS NOT ENGLISH OR LATIN:
B The “GLOSSA” is the all uppercase LATIN-TEXT appearing on any document. It is not English, it is an illustrative text (Picture-Symbol) and not a descriptive text such as English. It has no jurisdiction with other written text such as English Descriptive Text unless agreed.
2: If its not English, its not common law!
The poison in the text of the GLOSSA is now identified as: “DOG-LATIN” and has no correspondence with proper written English appearing on the same page It is a corruption that can only be agreed to.
Samples of how the fraud text appears.
“This is proper English descriptive text”
“THIS-IS-PROPER-WRITTEN-SIGN-LANGUAGE-USING-THE-GRAMMATICAL-RULES-OF-LATIN-TEXT” (Identified in Article 11:147 of the Chicago Manual of Styles, SIXTEENTH EDITION.
“THIS TEXT IS DOG LATIN BEING LATIN TEXT BASED ON THE GRAMMATICAL RULES OF ENGLISH” … Notice, no hyphens: This is know as: Debased Latin: “DOG-LATIN, language of the illiterate: Blacks Law Dictionary 4th Edition”
And is noted as criminal under the English Dictionary, identified as a “Dog Latin, being a debased form of text”. Debase synonyms appear as Criminal and Immoral and Evil and as a counterfeit, along with many more declensions.
There is no jurisdiction between two separate languages appearing on one document. This is the guts of their deceptive crime: “English” and “Latin” or “DOG-LATIN” can not exist as one jurisdiction. Reference: Article: 11:147 Chicago Manual of Styles: Sixteenth Edition: Foreign Languages.
The reason why “DOG-LATIN” is used to deceive the public, is because, as a foreign written language, it resembles English text closer than any other written foreign text. It has deceived the best of the best… “EVEN THOUGH YOU ASSUME YOU CAN READ THIS TEXT AS ENGLISH”, Grammatically, its impossible, and this is how they can claim that “their” law is a “presumption”, because it grammatically does not exist.
According to the Blacks Law Dictionary 4th Edition, DOG-LATIN, is the language of the illiterate, it is the: LATIN-ALL-UPPERCASE-TEXT usurped into the English Descriptive text, appearing under the grammatical rules of Descriptive English Text, (ALL UPPERCASE SYMBOLIC TEXT without the hyphens) and not appearing under the true correct grammatical rules of Latin and done in order to deceive the illiterate, being the ignorant masses. “Ignorance is negligence”. It is the hidden secret that destroys the dominion of living man over the land, the sky, the sea and the thing that creep, (SURNAME). (Genesis 1:26) DOG-LATIN is the “Babylonian” language of the VASSAL, being the third party, debtor of the debtor. (Vassal of the Vessel) It is found on the ledger, (TOMB-STONES) and by you being attached to it, renders the presumption of conformation “SIGN” that you have sinned and you are dead. You are no longer the servant of the God of living man, you have become the servant of the underworld, the Gods of the dead Corporation, the servant of the VATICAN, the debtor of the debtor, subject to the Justinian Corpus Juries, (Language of the DEAD). The VATICAN holds the souls of the dead and the DOG-LATIN is the language of the DEAD. (Look at any tomb stone in the grave yard, its written text is: DOG-LATIN) The Person, and the Corporation, exists only in the water world, maritime jurisdiction of the DEAD. It has no place on land and with the living existence of good men. Land corporations are ships in dry dock, and their fraud DOG-LATIN language is a crime of deception and fraud against the living man. (Check the synonyms of the word “debase” in your dictionary because DOG-LATIN is identified as “Debased” Latin, a crime)

REPORT THIS AD
Dog Latin is the poison in the text, the counterfeit contract, the false charge, the deception that tricks the unsuspecting illiterate ignorant masses into accepting the debts of another.
A man can not live in the sea without a ship, and if you enter into the legal world of commerce, (Maritime Jurisdiction, law of water) you must be able to trust your ship that holds your estate. If your ship is dogged with a corruption, your estate (Cargo) is in peril.
It may also help if you know the difference between the grammatical rules of the written language of the land and the written language of the sea or you may find yourself, “presumed”: “LOST AT SEA”
The: Power of Rome, is alive and well in the modern systems of governance that govern the “citizens” of the world today but is it right? is it Just? … Or is it the system of Satan itself, a system of hidden slavery in order to control the masses via a private CONTRACTING system in order to forgo true Justice? being a system to remove man from the common law of the public jurisdiction in order to subject such a man to fall into private foreign contracts in order to forgo common law justice without arousing suspicion… As described in Blacks Law Dictionary under “GLOSSA”, and Justinian.
(To confirm this, search “GLOSSA” and Justinian in the Blacks Law Dictionary, 4th Edition)
POWER OF ROME